Shot of the week for Miguel Ángel Jiménez 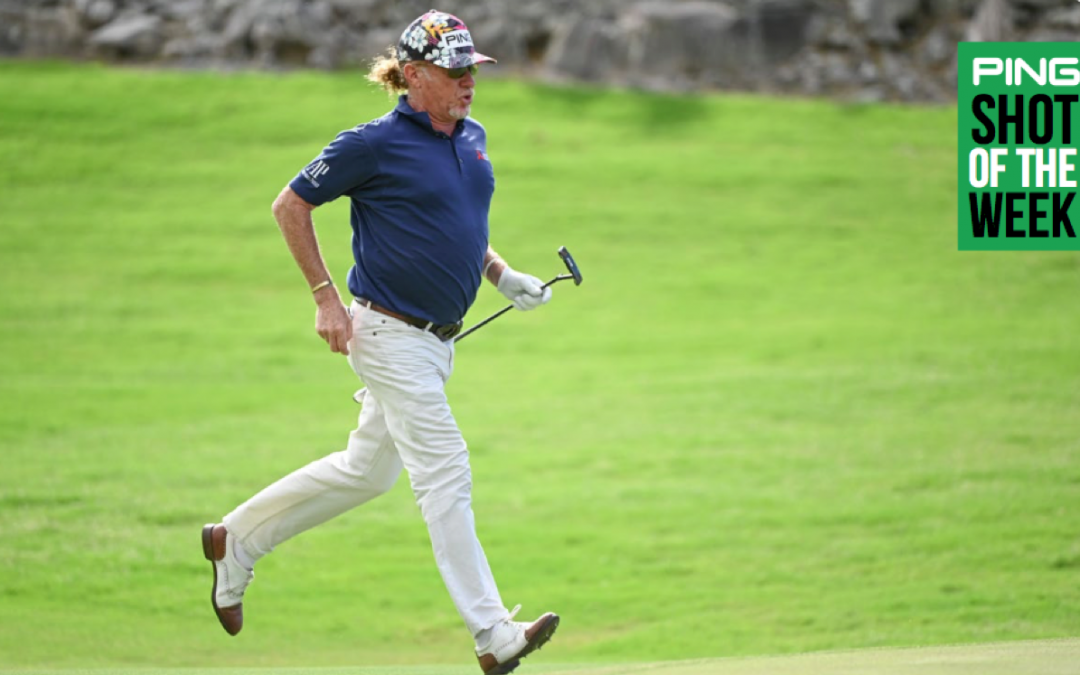 Miguel Ángel Jiménez went on a run on Saturday, stringing together three straight birdies on the back nine, which helped him earn a spot in what began as a three-man playoff at the Mitsubishi Electric Championship at Hualalai. With a birdie on the second extra hole, the 56-year-old Spaniard prevailed for his ninth PGA Tour Champions victory.

Jiménez has won in all seven of his seasons on the senior tour, including twice at this event. He played a G410 Plus driver, G410 3-, 5-, and 7-woods, Blueprint irons, Glide Forged wedges, and he led the field in putts per GIR with his PING Vault 2.0 Dale Anser.